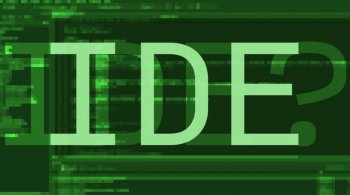 When it comes to software development or writing computer programs, there is no ideal option than using IDEs (Integrated Development Environment) software. For those who don’t know, an IDE is a software application which offers comprehensive facilities to web developers and computer programmers. An IDE consists of a code editor, a debugger, and interpreter. In this post, we will learn about the five best open-source development IDEs, their features, and which languages they support. So without any further delay, let’s get started.

Eclipse is a robust open-source integrated development environment (IDE) software used in computer programming. It is useful for both beginners and professionals. Initially, it was only for the Java environment, but now it can support a wide range of programming languages, including C, C++, Java, PHP, Perl, Python, Ruby, and more.

Code:: Blocks is a well-known open-source IDE that can be used in Solaris, Windows, and various Linux distro. It is compatible with multiple compilers such as Microsoft Visual C++, GCC, Digital Mars.

Geany is another popular open-source development IDE in the list supporting all major programming languages such as Java, C, C++, C#, and Python. Having come into existence in 2005, it is a programming text editor for Linux platform, having all the essential features an IDE must have, such as user-friendly interface, syntax highlighting, and line interfacing. While it doesn’t offer full-fledged features, it is a fast and user-friendly IDE.

Opposed to paid Komodo, Komodo Edit is an open-source development IDE that enables web developers and programmers to work with different programming languages and frameworks. It is designed to offer an excellent programming environment for JavaScript and works well in Linux, Windows, Mac.

Atom is an incredible open-source IDE by GitHub for JavaScript programming. It works perfectly with Mac, Windows, and Linux Atom, and is highly customisable in Javascript, HTML, and CSS. Since GitHub designs it, it means, you can turn to a vast community, if you get any trouble when working on it.

So these are our 5 picks of top open-source development IDEs. We hope you will find this post helpful.